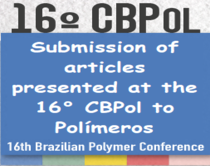 
We are all in grief because our dear Professor Ailton de Souza Gomes has passed away last December (12/24/2021). He was a reference in Polymer teaching and research in Brazil and renowned internationally. In 1968, he obtained his PhD in Chemistry from the University of Pennsylvania. Soon afterwards, he was invited to participate in a bilateral program between the National Academy of Science (NAS) and CNPq, called at that time National Research Council, for developing postgraduate teaching in chemistry in Brazil. Thus, he carried out a post-doctorate in the research group of Professor Charles G. Overberger, whose focus was the field of ​​Polymer. Back in Brazil, Professor Ailton undoubtedly participated in the creation of the Institute of Macromolecules. By bringing his experience in this area to the recently created “Grupo de Polímeros” and having worked intensively at the Chemistry Institute of Federal University of Rio de Janeiro UFRJ since 1970 as a professor, he contributed to the consolidation and development of the Group which, in 1972, became the Macromolecular Nucleus and later, in 1976, “Instituto de Macromoléculas”. In the following year, he completed his Post-Doctorate at the Imperial College of Science and Technology as a fellow of the British Council.  In 1978, he took up the position of coordinator of the Post-Graduate Course in Science and Technology of Polymers which was created in 1977. During his management, he organized the syllabus of the Postgraduate Course disciplines, which characterizes its interdisciplinarity and justifies its name which intended to bridge Polymer Science and Technology.